Recorded in the nation’s Americana music capitals Nashville, Austin, and Taos, The Journey Home features world class musicians and Grammy Award-winning Taos Pueblo sound shaman Robert Mirabal on the single “Dark Side of the Soul”. Doubly nominated for a Hollywood Music In Media Awards Dark Side of the Soul ultimately won the award for Best Song in the Folk/Acoustic category. With soul-healing lyrics and heartfelt vocals, Carl John delivers a sensational debut album packed full of songs you feel were written just for you.

DARK SIDE OF THE SOUL 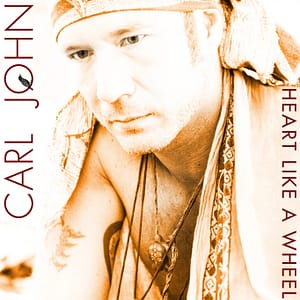 “We welcomed Carl John into our space and then Carl John welcomed us into his heart, sharing intimate stories of life and love through his music and helping to bring light to an evening of fundraising and community.”

“Your gift of live music at our community meal was a great act of kindness that brought peace to the overall atmosphere and joy to the individuals who came to us for help that day. We hope you come back soon! Thank you!”

“Carl John is both a talented musician and a talented healer–Whether you are listening to his original music or experiencing his energy work, you’ll witness a remarkable presence, a deep and supple strength, and a generosity of spirit.”